The Top 10 Things to do in Tenerife

09/21/2018 #Things to do in Tenerife
Tenerife is known for its glorious weather all year round, this is why so many people are emigrating to this beautiful spanish island and living the easy life! Although soaking up the year round sunshine and drinking cocktails on the beach sounds like the perfect way to live your life, there is so much more to this island….
In this article we bring to you the top 10 things to do in Tenerife.

A must see when visiting the Island is Mount Teide, a volcano on the Island. The sheer size of the Volcano (12,198 ft) makes Tenerife the 10th largest island in the world. This is another hit with the tourists but be careful… The volcano is still active!

Siam Park is officially the best water park in Europe. In fact it has been voted ‘Best Aquatic Park in Europe’ for the last six years. If you have been there before you will know that this award is well deserved. This is one of the biggest tourist attractions Tenerife, it’s also a huge hit with the locals! This park is located in Costa Adeje and is a must if you visit the island!
Check out our properties for sale in Costa Adeje >

Get ready for excitement for all the family and an all-round great day out! Loro Parque is world famous and one of Europe's largest wildlife parks. If you are an animal lover this is an absolute must. The park brings you a vast amount of species From Penguins to Parrots and sea lions to Gorillas. Get ready to be blown away and feel at one with nature!

The largest market on the south of the island, you can find almost anything here. The market is open every Tuesday and Sunday 9am to 2pm and is a huge hit with the locals and tourists alike.
Have a bit of fun with the stall owners, bartering down the prices is all in good spirit and you really can pick up a bargain!
Check out our latest Los Cristianos properties for sale >

One of the best ways to do this is to book yourself on the whale/dolphin watching tour, the tours last around 3 hours and they depart from Las Americas, Los Cristianos, Los Gigantes and Las Galletas. Venture off the coast, south west of the island and watch these magnificent mammals in their natural environment.

If scuba diving is your thing then you are going to love the Tabaiba Shipwreck. The wreckage was actually deliberately sunk in 2006 to encourage marine life to dwell here. Expect to see an octopus on your dive along with some other glorious sea creatures.

After a long day walking around the islands where better to cool off than the Bajamar Natural Pools. These saltwater pools are great fun, you certainly will feel revitalised once you have had a dip! There are changing facilities on site too!

Having lay undiscovered until the 1990’s The Pirámides de Güímar Ethnographic Park is home to a group of mysterious stone pyramids. There are many theories surrounding the ‘Canarian Pyramids’ which can be dated back to the 1900’s, why not delve into it all at the casa chacona museum which is at the park.

Another one of the islands fantastic water parks is Aqualand. Aqualand is located in Costa Adeje with a vast array of flumes, river rapids, Dolphinarium and Dolphin Museum all on display!  A perfect day out for all the family!
Quick Search
Featured Properties 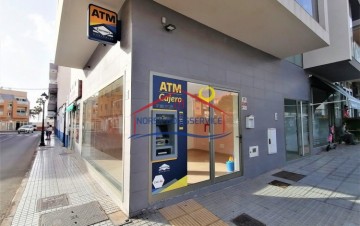