Property for sale in North Tenerife

02/04/2019 #North Tenerife #Property in Tenerife
The North of Tenerife is known for its beautiful scenery, with its green mountain drops and vegetation, including the stunning views of Mount Teide, the highest point in Spain. The climate is subtropical and pleasant with seasonal differences, usually slightly cooler than in the south. North Tenerife is full of history and culture with an endless choice of excellent restaurants. The beaches are pristine and peaceful and are often named some of the best on the island.

Why invest in North Tenerife Property

Tenerife is known for its reasonably priced property, which is just one of the reasons why it attracts so many investors. Property for sale in the North of the island can tend to be cheaper than property in the south due to high demand from foreign investors in the south.The cost of living is affordable and considerably lower than other areas in Spain. North Tenerife is a great place to invest in property if you are looking for a safe and friendly environment with beautiful, unspoilt scenery. You will never be short of fresh fruit in North Tenerife as fruit grows here in spades and most fruits grow best here than any other part of the island.
Tenerife is very easy to travel around, providing excellent transport links in the north as well as the south. You can make the journey from North to South Tenerife in as little as 50 minutes by car, so you are never too far away from any other part of the island.

North Tenerife is home to Santa Cruz de Tenerife, the vibrant capital of the island. The beautiful city has one of the busiest harbours in Spain, large shopping centres, cultural sights and is a prime location for businesses. The old town is a favorite in Santa Cruz, although there is always something going on, the atmosphere is relaxed and many locals spend a lot of time here. Being Tenerife's capital there’s a huge demand for property, so buying a property here is sure to be a good investment.

View all our properties for sale in Santa Cruz de Tenerife>

The historic Puerto de la Cruz is known for its black sand volcanic beaches. The city is in close proximity to Mount Teide and because the mountain is over 3700m tall, Puerto de la Cruz is quite cloudy and the temperature is slightly lower than other parts of the island, a perfect place for anyone wanting to experience Tenerife whilst living in a slightly cooler environment. The traditional city is full of Canarian character with cobbled streets and is home to the famous Loro Parque, an animal adventure park which attracts visitors from all over the island.

Check out this 4 bed villa in Puerto de la Cruz, Tenerife. This modern villa was completely renovated in 2018 and offers a beautiful garden, an infinity swimming pool and a large kitchen and living room.

View our properties for sale in Puerto de la Cruz>

Icod de los Vinos is famous for its Millenium Drago Tree which is said to be over 1000 years old. Situated in the hills of Mount Teide the area offers a variety of orchards and vineyards and sees a large growth of Bananas. Locals have commented that is it the best place for shopping in Tenerife due to its great low prices. The majority of tourists visiting Icod de los Vinos will be passing through meaning that it is not flooded with tourists staying in the area.

View this 4 bed villa in Icod de los Vinos, Tenerife. Built in 1953, this villa offers a lot of character with a garden and spacious rooms, a built on garage to the property and a large terrace.

View our Properties for sale in Icod de los Vinos>

La Orotava is a beautiful old town at the northern access point of Teide National Park within the valley. The area is full of picturesque buildings, traditional cobbled streets and churches. Many say that this is one of the loveliest towns in Tenerife.


View this large 5 bed villa in La Orotava, Tenerife. Located in a quiet residential area, this property offers a large living room with stunning views of the Teide, a garden, a terrace and much more! 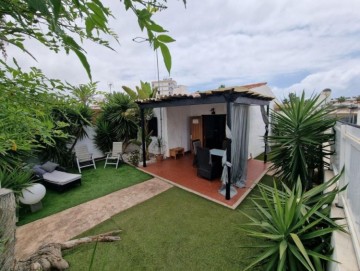 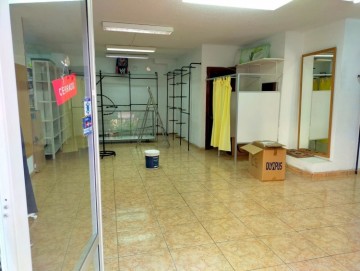