Reasons to invest in Tenerife property

02/22/2019 #Tenerife Property #Property Investment #Canary Islands Property
Tenerife is the largest and most populated of the Canary Islands. The demand for property in Tenerife is high with tourism playing a big part in this. The year-round warm climate and relaxed lifestyle is why many people look to purchase their dream property here.
Not sure if investing in Tenerife property is for you? Check out some of our top reasons why now is the perfect time to invest...

You need to be sure that you are happy and safe in the area you choose to live in, especially if it’s in a different country. Tenerife is considered a safe place to visit and live because this island has a low crime rate. Healthcare is part of the Spanish National Health System, which is known as one of the top healthcare systems in the world. There are many hospitals and medical centres available on the island, state and private, some specialising in specific areas. Education is good with the same structure as the rest of Spain and very similar to the UK, offering state, private and international schools. Getting around the island couldn’t be easier! Buses run regularly and there are many taxi ranks dotted around.

There is a high demand for property in Tenerife, with property prices and the number of property sales rising, now is the ideal time to invest. Much demand in the south of the island is from foreign investors looking to relocate to Tenerife or purchase a holiday home on this sought after island. Many property buyers choose to let out their property when not in use, and tenants or holiday makers are usually easy to find due to the number of visitors each year. Generally the demand for property in North Tenerife is slightly less as there are fewer tourists than the south. North Tenerife is home to Santa Cruz de Tenerife, the capital of the island. Here you will experience what it’s like to live in the second biggest city of the Canary Islands (a close second to Las Palmas in Gran Canaria) among a population of 203,585 which offers beautiful historic buildings, the most beautiful beach in Tenerife (Las Teresitas) and excellent shopping areas.

If you are looking for year-round sunshine then Tenerife could just well be your dream location. The yearly average temperature is 25°C with very little to no rainfall in the summer months. North Tenerife offers a slightly cooler and more varied climate with the summer high still reaching 25°C. During the winter months, you can experience all of the seasons in one day if you decided to travel around the island.

You will never run out of things to do whilst living in Tenerife. Visit Mount Teide- the largest volcano and highest point above sea level in Spain (3,718 Meters), make a splash at Siam Park in Costa Adeje or even explore the Los Cristianos Market, there is something for everyone.
If you’re looking for more things you can do in Tenerife, visit our Top 10 things to do in Tenerife guide >

Whether you’re living in Tenerife or have just visited the island, you will know that it’s full of history, culture and tasty Canarian cuisine. The island has many places of worship and museums such as The Tenerife History and Anthropology Museum as well as The Science and Cosmos Museum. As for the cuisine, many people believe that the Canarian cuisine is the same as mainland Spain, although this is partially true, the Canary Islands have their own cuisine, which includes a variety of meats and delicious Canarian potatoes. There are many tapas restaurants and amazing paella recipes you must try in Tenerife, one of our favourites is Secret’s Tasca in Costa Adeje.
At Canarian Properties, we work with the best Estate Agents across the Canary islands to offer you the best selection of properties for sale and rent. If you are looking to invest in Tenerife property, these are just some of the reasons why now is an ideal time. If you are looking for more information about properties, don’t hesitate to get in touch today!
Quick Search
Featured Properties 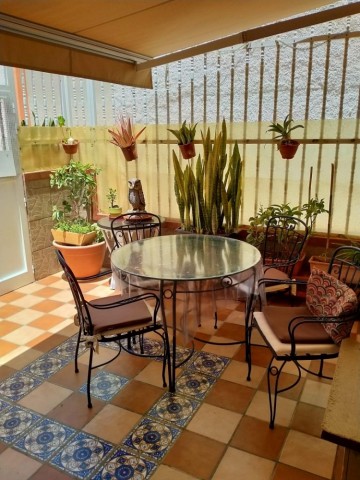 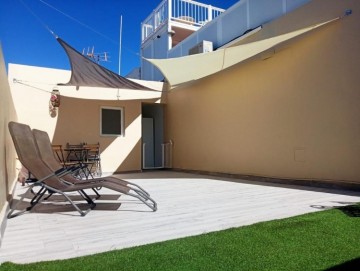